Questions about the extent of Ginkgo bilobas native range in China have been the subject of debate among botanists for several decades.
Evidence for the persistance of wild Ginkgo biloba (Ginkgoaceae) populations in the valley and lower mountain slopes of the Dalou mountains in southwestern China  was published in 2012.

Wild Ginkgos have been found in Dalou mountains, located between Guizhou Province and Chongqing Municipality, southwestern China (27°43'44"- 28°56'14"N; 107°15'53"- 108°04'46"E; altitude 840-1200 m a.s.l.).
Extant Ginkgo populations in the valley and lower mountain slopes of the Dalou Mountains represent fragments of the original natural Ginkgo range. The area is a glacial refugium for these natural fragments. The climate is subtropical, warm and humid. 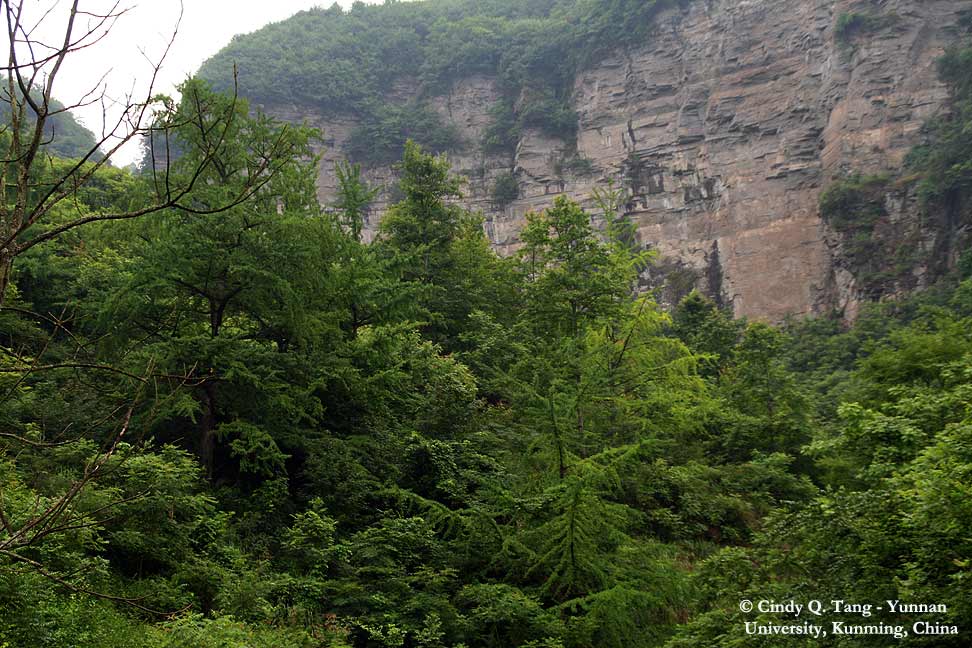 
The floristic composition of these Ginkgo forests shows that of  31 genera of canopy tree species in the present forests, 25 are also found in the Ginkgo biloba-bearing fossil records. The trees in the study sites are limestone outcrops near creeks and are subject to frequent natural disturbances. 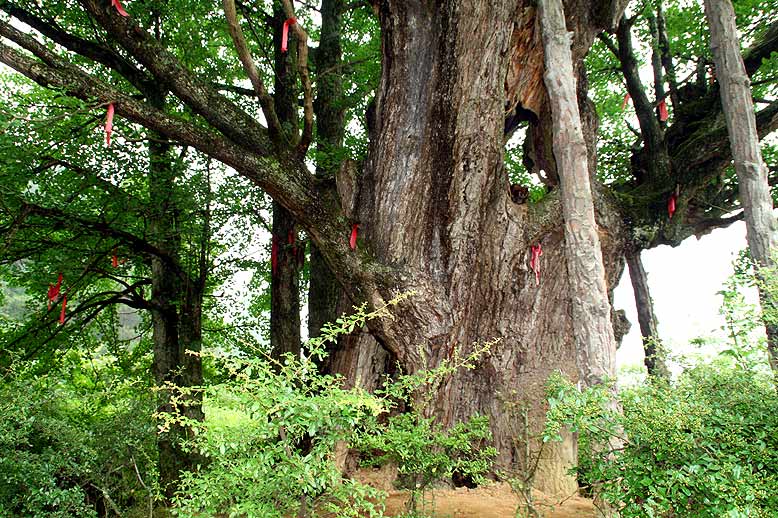 Ginkgo biloba tree (based on tree-ring analysis, the age was about 878 years in 2011)
with many sprouts, a feng shui tree with red cloth strips hung by villagers for good luck
Maopo, Nanchuan County
photo: Cindy Q. Tang

In these rocky inhospitable areas there have been no human settlements during the Ming dynasty (1368-1644). The Gelao people are indigenous to the area and they  have strict traditional taboo against either planting or logging Ginkgo trees. Han people began to appear in 1664, and they seem to have shared or agreed with the taboo of the Gelao. They believe that having forests near their farmhouses is good feng shui so they have not cut down the Ginkgo trees.
A factor in the survival of the ancient Ginkgo forests must have been the belief in feng shui.


Ginkgo biloba trees are on the UNEP-WCMC List of Threatened Species.

With thanks to Cindy Q. Tang, Professor of Plant Ecology,
Institute of Ecology and Geobotany, Yunnan University, Kunming, China.