Ginkgo biloba trees are on the UNEP-WCMC List of Threatened Species. 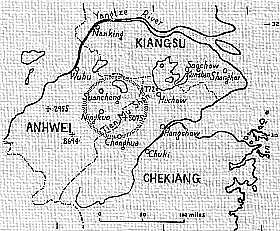 
Tianmushan Biosphere Reserve is located in the Zhejiang Province in the eastern coastal region of China, about 230 km south-west of Shanghai. Also known as the kingdom of big trees, the biosphere reserve protects ancient wild Ginkgo biloba communities. Tianmushan has a long history of human activities dating back more than 2,000 years ago. Buddhism, Taoism and Confucianism were practiced over centuries and have contributed to the conservation of nature in the region.  There about 244 Ginkgos grow mostly on stream banks, steep rocky slopes and the edges of exposed cliffs. Many are multitrunked, with at least two trunks, caused by damage experienced from soil erosion or other factors that stimulated root-like "basal chi-chi" at the base of the trees which  is a very important factor in explaining the long term persistence of the Ginkgo in this Reserve.
About 10% of the Ginkgos in the Tianmu Shan Reserve is estimated to be over 1000 years of age.
The Ginkgos' mean diameter in the Reserve at breast height is 45 cm, mean height 18.4 m.

All photos on this page © Peter Del Tredici.