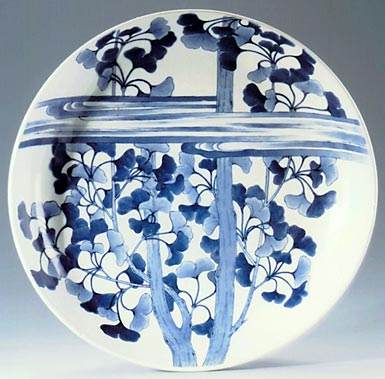 Japan, Edo period porcelain: shallow bowl form painted in underglaze cobalt blue with a design of Ginkgo branches with leaves in mist.
This dish was made for the exclusive use of the Nabeshima daimyo during the Edo period 18-19th century and was given as gifts to faithful retainers, to other daimyo (feudal landlords), and as presentation pieces for the Shogun. They were not made for sale and were unknown in the West until later in the 19th century.