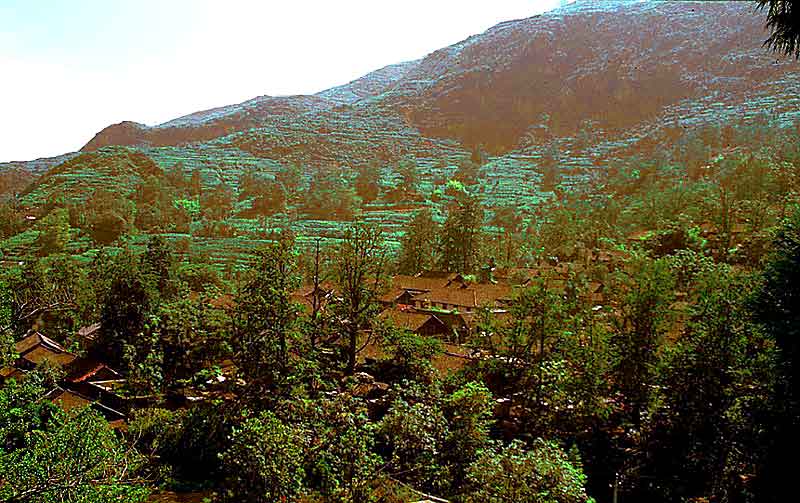 Tuole, China
- One-Thousand-Ginkgo-Tree Village -
All trees you see on the photo are Ginkgos.
photos Tuole: Bernadette Ackermans and Wim Oldenhof 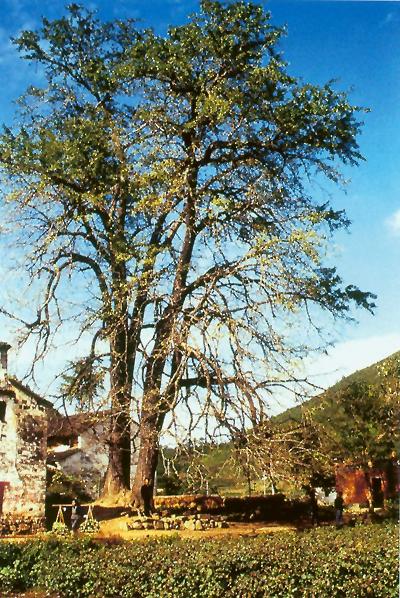 The seedsprocessing in China is done by knocking them off the trees in mid-September with long bamboo poles or they are collected from the ground shortly after they fall.
Then they are put in plastic containers for a few days until the fleshy outer coat begins to soften, then washed in running water so that the fleshy outer coat rises to the top and can be poured off, leaving the heavy nuts to sink to the bottom.  After that they are spread out to air-dry for 1-2 weeks and then they are bundled up and put in a cool environment for storage. 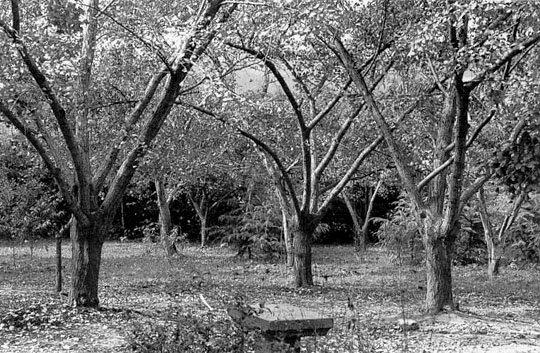 A grove of grafted Ginkgo trees cultivated for their edible nuts on Dongting Shan, Jiangsu Province.
The cultivar is generally grafted onto a seedling rootstock. The trees grow then vase-shaped
(topophytic effect). Usually 3-5% is male, sometimes a male branch is manually  placed
within the crown of the female trees during the time of pollination.
700,000-800,000 trees produce an average of 6-7 thousand tons of dried nuts per year (1997).
Photo Peter Del Tredici. From: Del Tredici P, Ginkgos and people, a thousand years of interaction; Arnoldia, 51, 2-15, 1991. 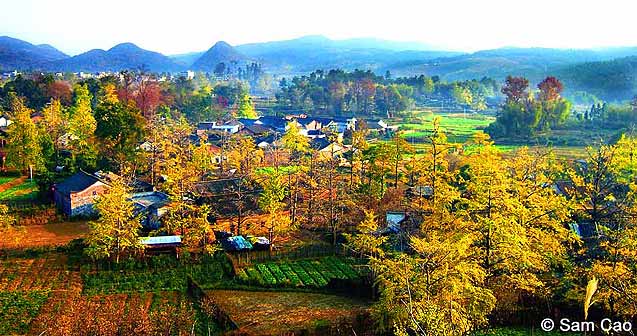 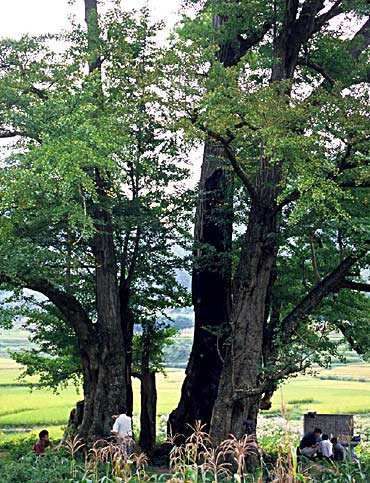 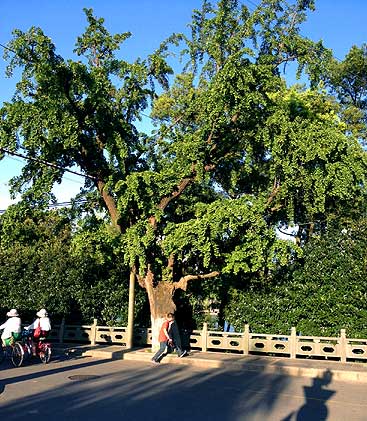 
Back to Index.
All photos on this page © the photographers.
More photos of Ginkgo trees in other countries: click here.