Rubbings made of the relief-murals on the bricks of the tomb of the late 4th - early 5th century A.D. ,
titled 'Seven Worthies of the Bamboo Grove and Rong Qiqi' (also known as the 'Seven Sages of the Bamboo Grove').
Nanjing Museum, China.
Tomb found in Xishanqiao, Nanjing, Jiangsu province, China in 1960. Each mural measures 2.4 by 0.8 meters.

Rubbings of brick reliefs from the  walls of the tomb at Xishanqiao: 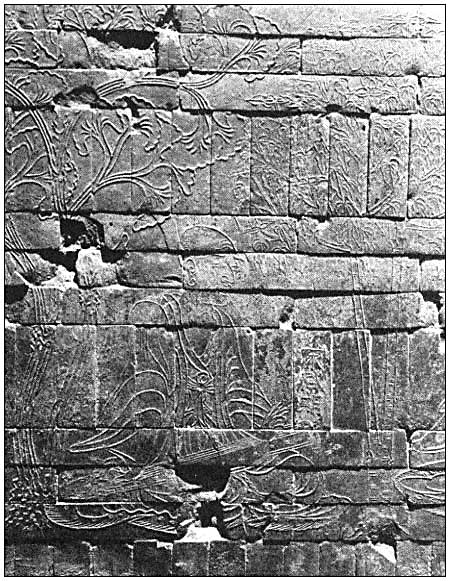 Rong Qiqi under a Ginkgo tree.
Relief detail, tomb at Xishanqiao, Nanjing.
(From Yao and Gu, Liuchao yishu. )
'The Seven Worthies of the Bamboo Grove and Rong Qiqi'
Brick relief from the north wall.

Another rubbing can be seen on my Art-page.