~~Prague,  the city with the Ginkgo leaf houses~~

The Art Nouveau/Secession period began in Bohemia (now Czech Republic) at the beginning of the 20th century inspired by artists' travels abroad, studies and exhibitions. Well-known are the paintings by Mucha, sculptures by Bilek and many architectural monuments in Prague. The buildings in Art Nouveau style often have a design on their facade consisting of tree branches with leaves. The best example is the Municipal House (Obecní dùm).
During my visit to Prague in 2003 I discovered several buildings and objects showing the Ginkgo leaves/seeds design. Below you can see some of the photos I took in this beautiful city.

Click on the small photos to view an enlargement. 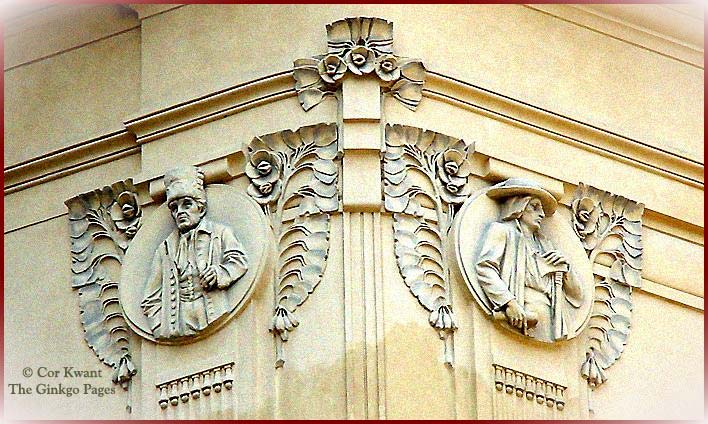